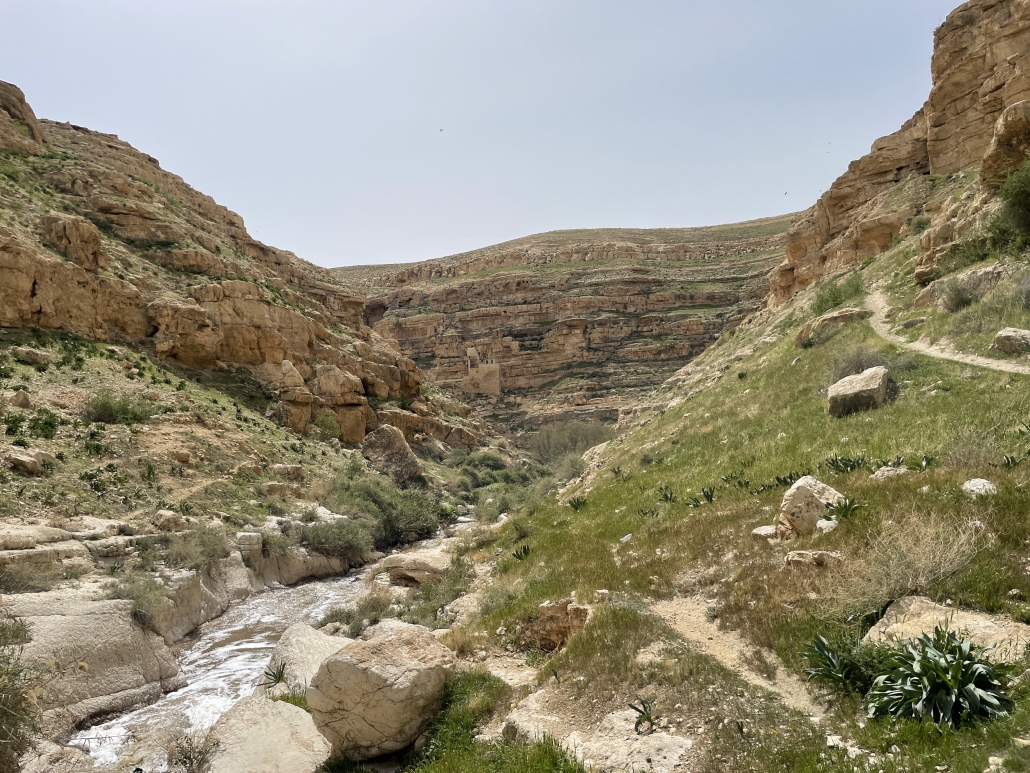 The Wadi Kidron (Kidron Valley) stretches from Jerusalem to the Dead Sea. The above photo is a portion of the Wadi Kidron located in the Judean Desert.

You may know of the Kidron from the Bible.  The Kidron is mentioned numerous times in the books of Kings and Chronicles as a place where the idols and altars of the Canaanite deities Baal and Asherah were thrown down and burned.  The Kidron also was a literal and symbolic boundary of Jerusalem.  Jeremiah mentions it as an area that will become sacred when Jerusalem is rebuilt.  2 Samuel notes that when King David fled, his time in the wilderness began when he crossed the Kidron.

The three photos below provide some idea of what the Kidron looks like just outside of the Old City of Jerusalem.  As you can see from the first two photos, its fairly barren. The third photo gives a view from the Walls of the Old City and provides some perspective on how the old and modern city were built above the Kidron. 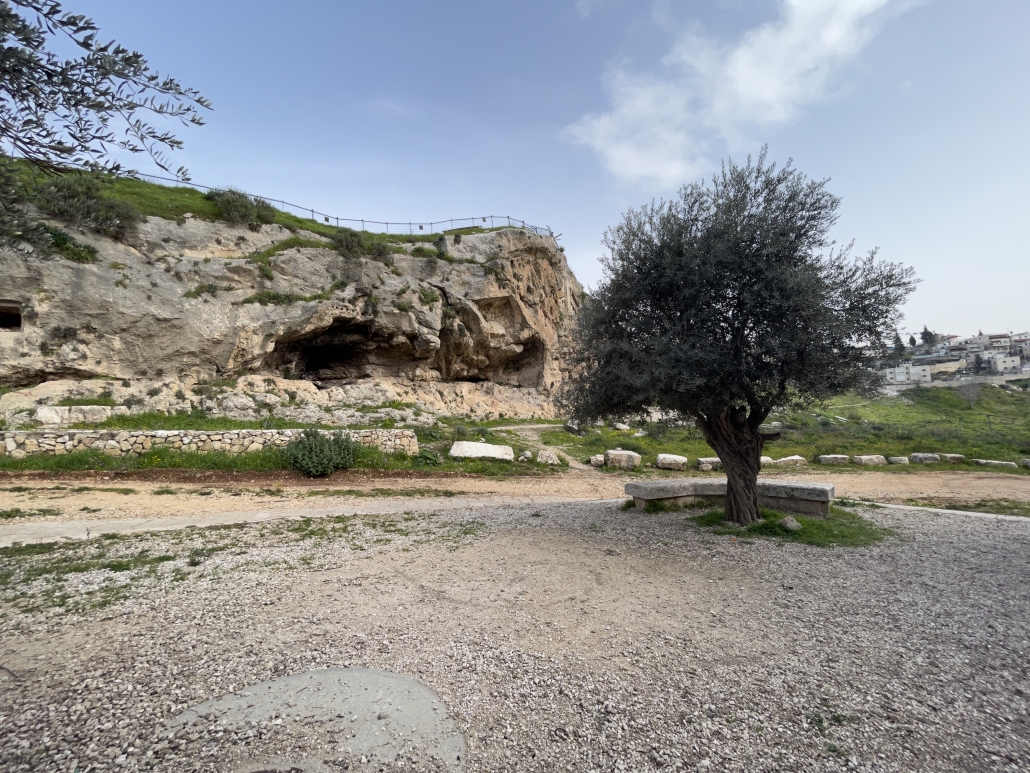 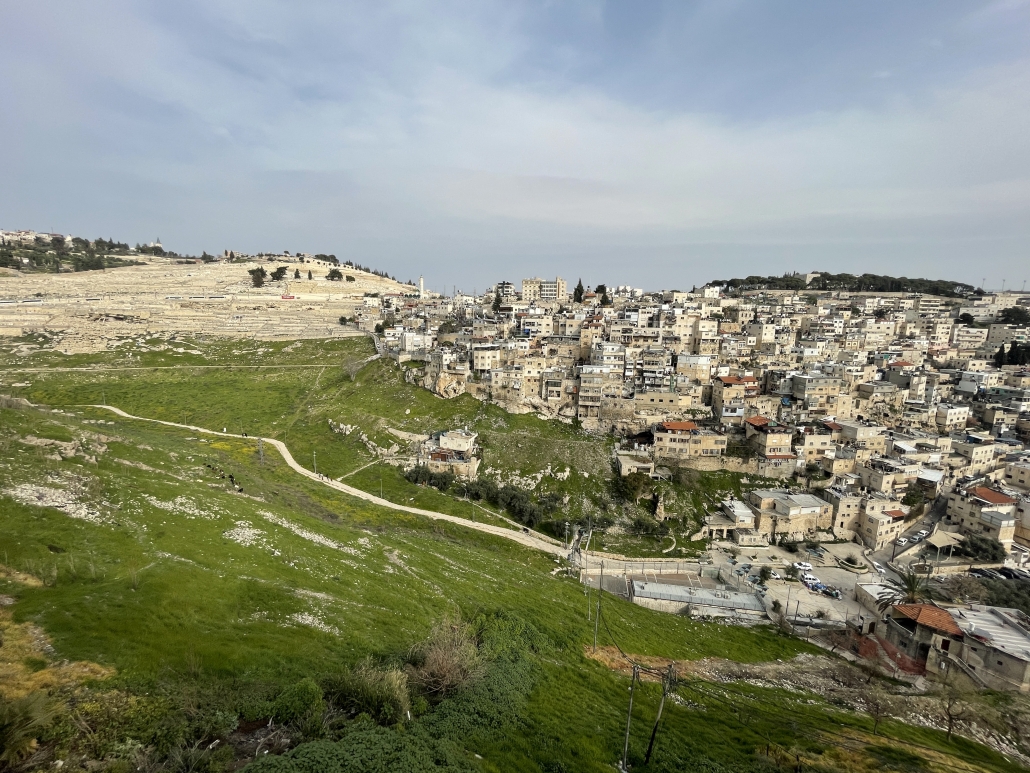 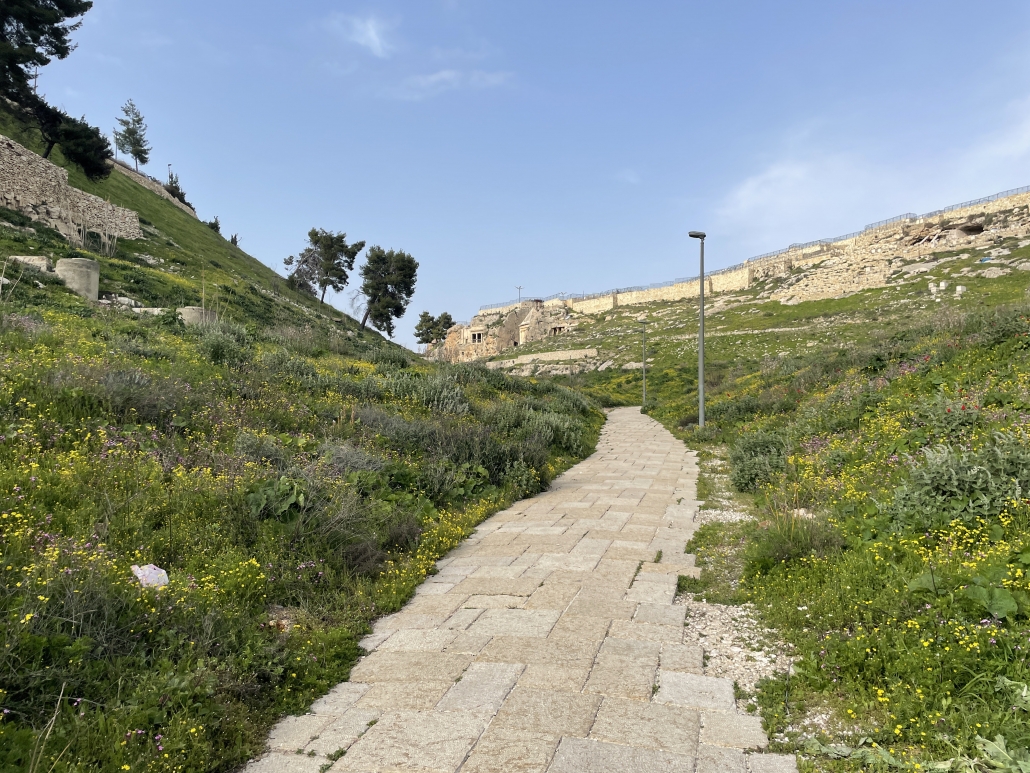 The Kidron is also mentioned in the Gospel according to John, chapter 18:1, immediately after Jesus discourse to his disciples following the Last Supper.  “After Jesus had spoken these words, he went out with his disciples across the Kidron Valley to a place where there was a garden, which he and his disciples entered.”  The Garden mentioned is where Jesus prays with his disciples and where he is betrayed by Judas Iscariot.  This betrayal happens in “Gethsemane” in the Gospels of Mark and Matthew; in the Gospel according to Luke the betrayal happens at the Mount of Olives.  Thus, when you combine them all, you get the Garden of Gethsemane, across the Kidron Valley, on the Mount of Olives, and that is exactly where the traditional location of Gethsemane is. I will explore Gethsemane in more depth in a future post (I’ll try to remember to link to it).

The photos below provide a more “Garden” feel.  In the first, can see the walls of the Old City and Temple Mount in the background.  The second photo shows some of the ancient (though only hundreds not thousands of years old) Olive Trees. 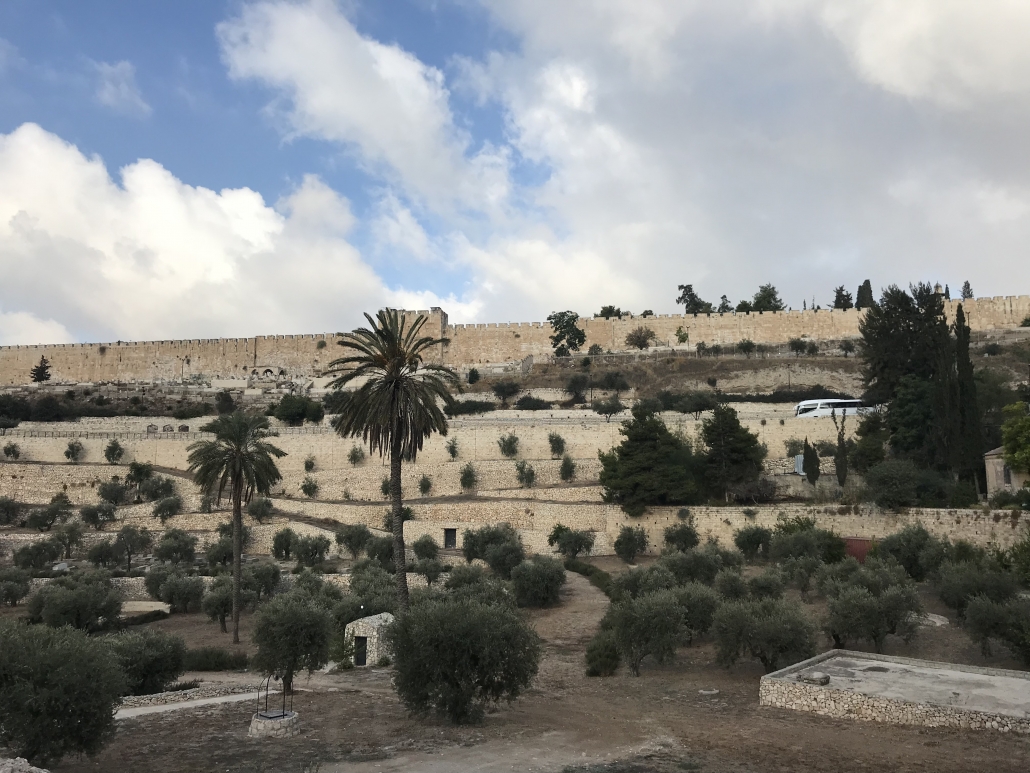 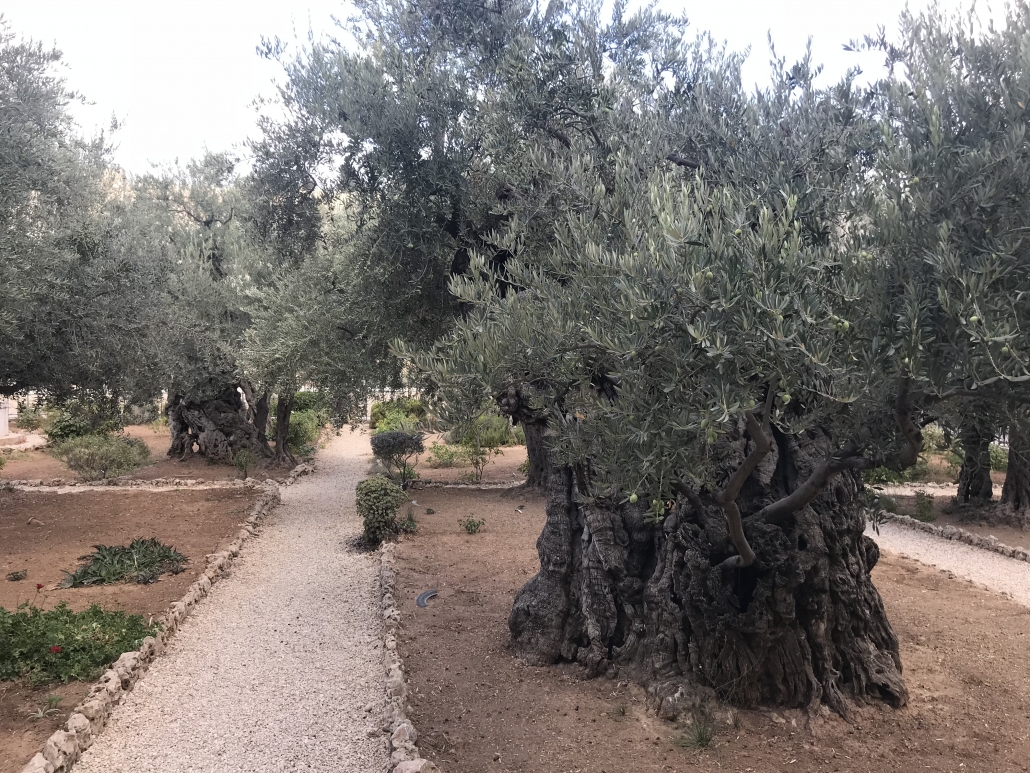 All of these Biblical references are located in the upper portion of the Wadi Kidron next to Jerusalem. If you have been to Jerusalem you know this upper portion of it well; it divides the Old City (specifically the Temple Mount) from the Mount of Olives and includes one of the oldest active cemeteries in the world as well as the present-day Church of the Agony / Church of All Nations at Gethsemane.  Again, I will explore Gethsemane and the Church of the Agony in a future post.

A major feature of the part of the Kidron immediately below the Old City is a more-than-3000-year-old active cemetery with a number of ancient monuments, including “Absolom’s Tomb”.  I will likewise share more about the monuments and the cemetery in a future post.  In the meantime, here are a few photos of this part of the Kidron. 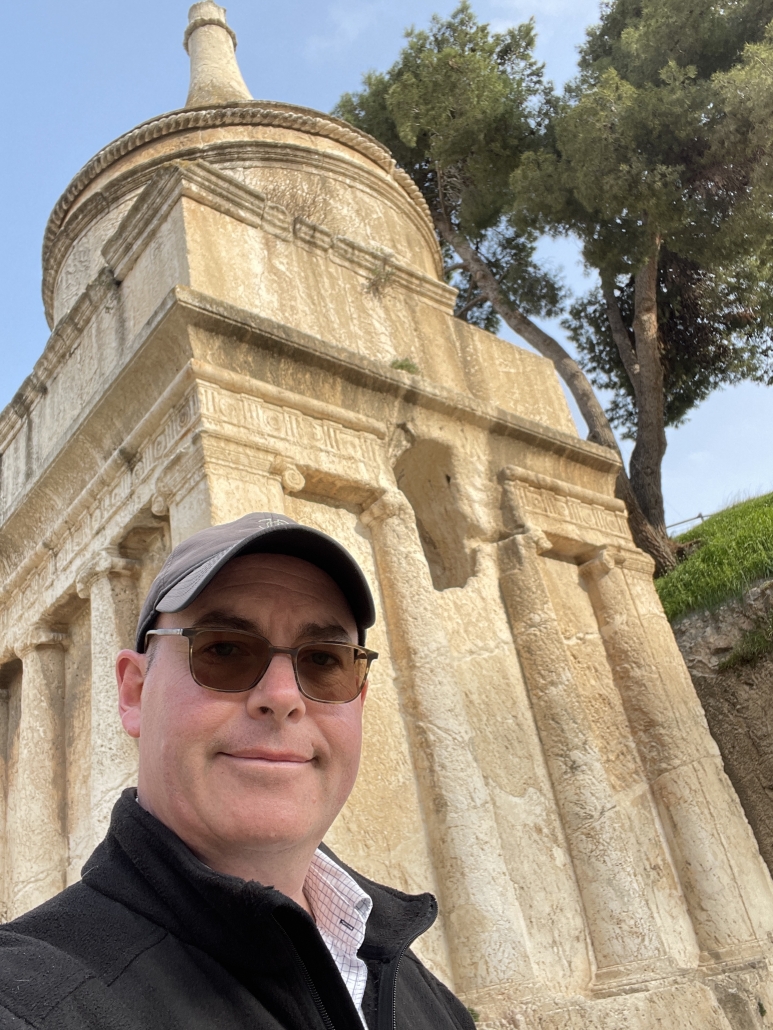 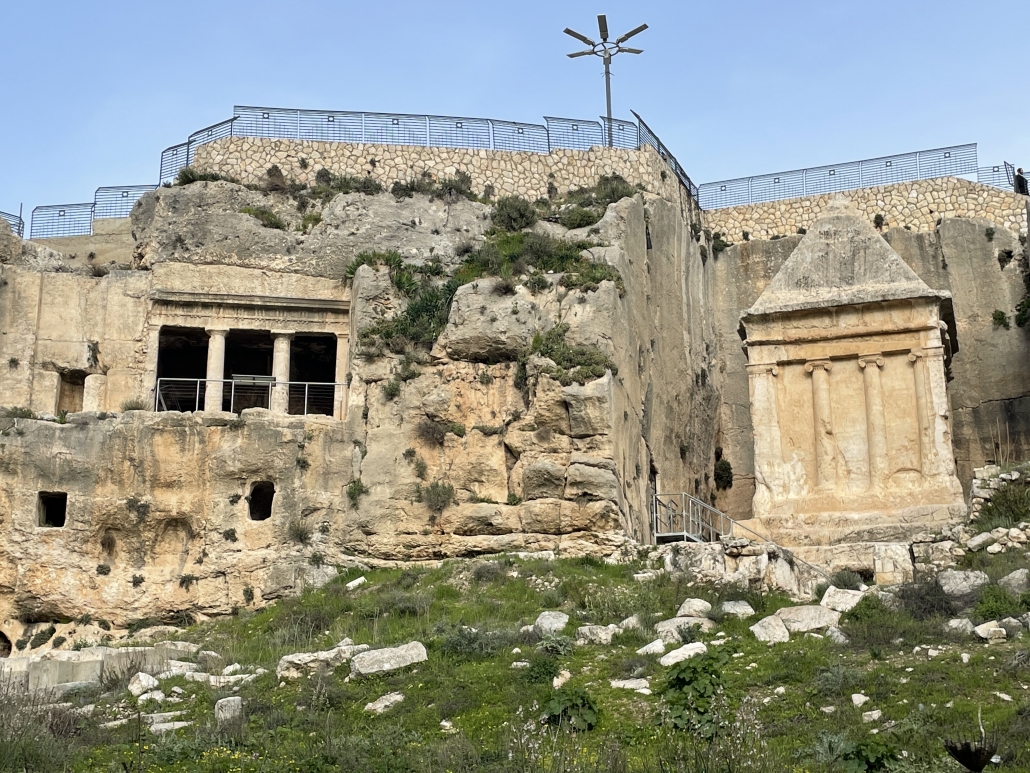 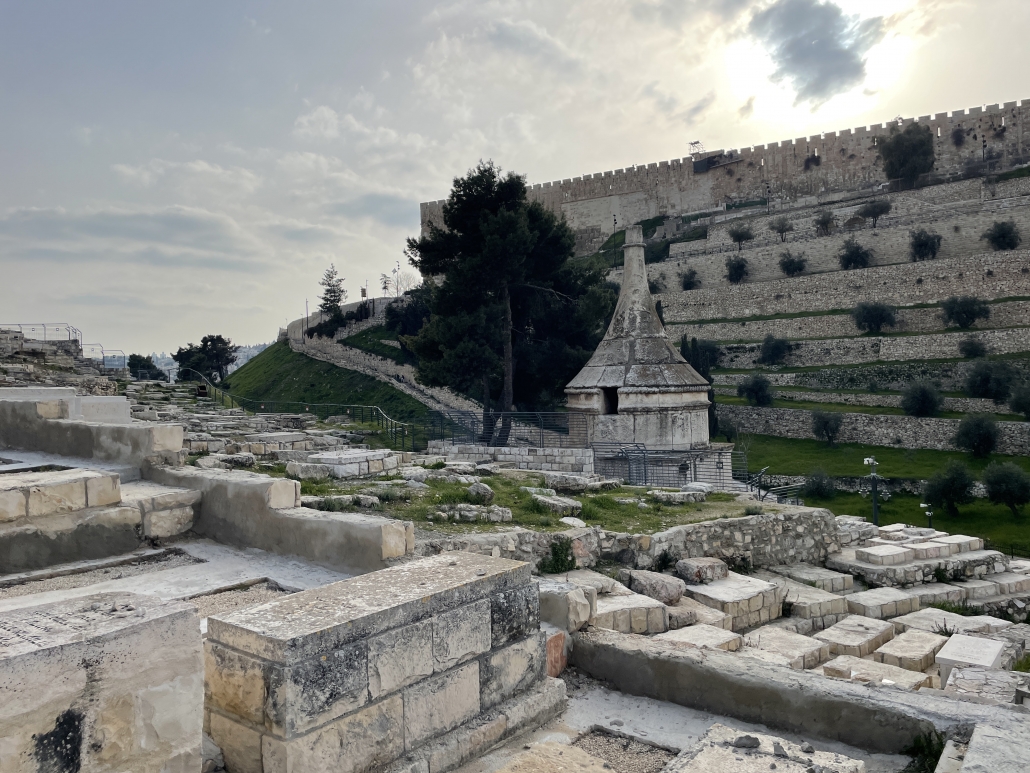 The Wadi Kidron heads south-east out of Jerusalem, into the Judean Desert, through the West Bank, and eventually descends 4000 feet until it reaches the Dead Sea. The Kidron is long enough to have several names: Wadi el-Joz (Valley of the Walnut) near the Temple Mount; Wadi en-Nar (Valley of Fire) for the majority of it which passes through the desert; Wadi er-Rahib (Monk’s Valley) for a small desert portion featuring Mar Saba monastery. I will share photos and info from Mar Saba in a future post as well!

The Kidron does include a seasonal river that eventually makes its way to the Dead Sea near a Settlement called Avnat which is about 5 miles from the excavations at Qumran.  The next photos show the Judean Desert portion of the Kidron, and you can see the River (I was there in March 2022) which is running at the bottom of the Valley. 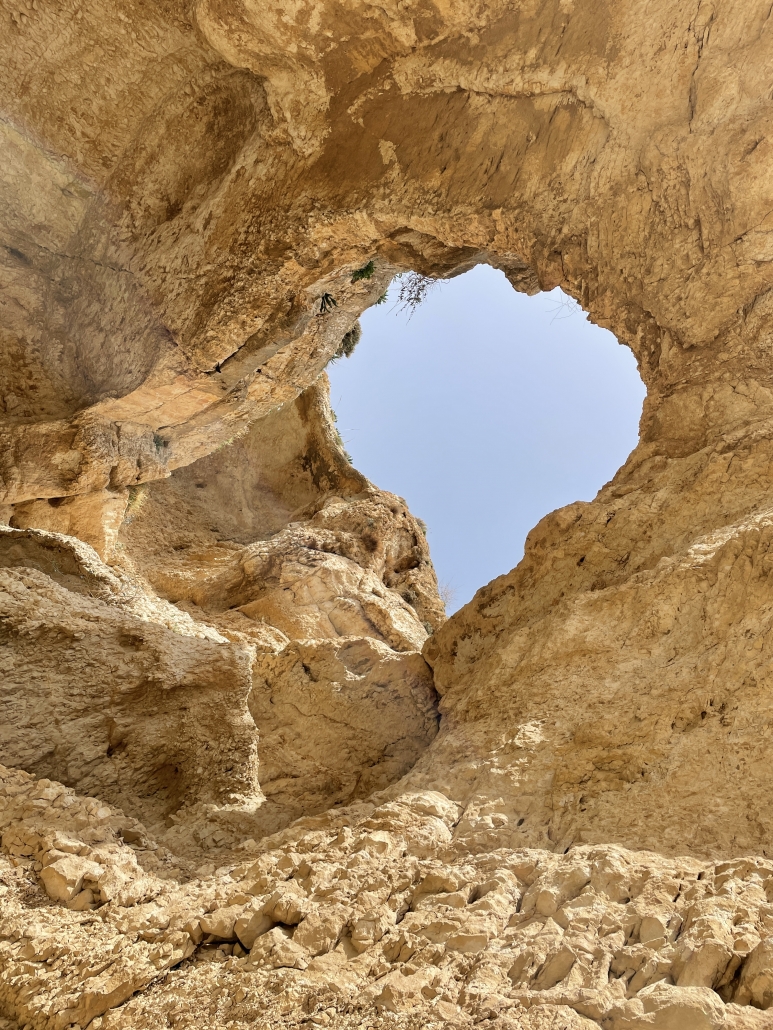 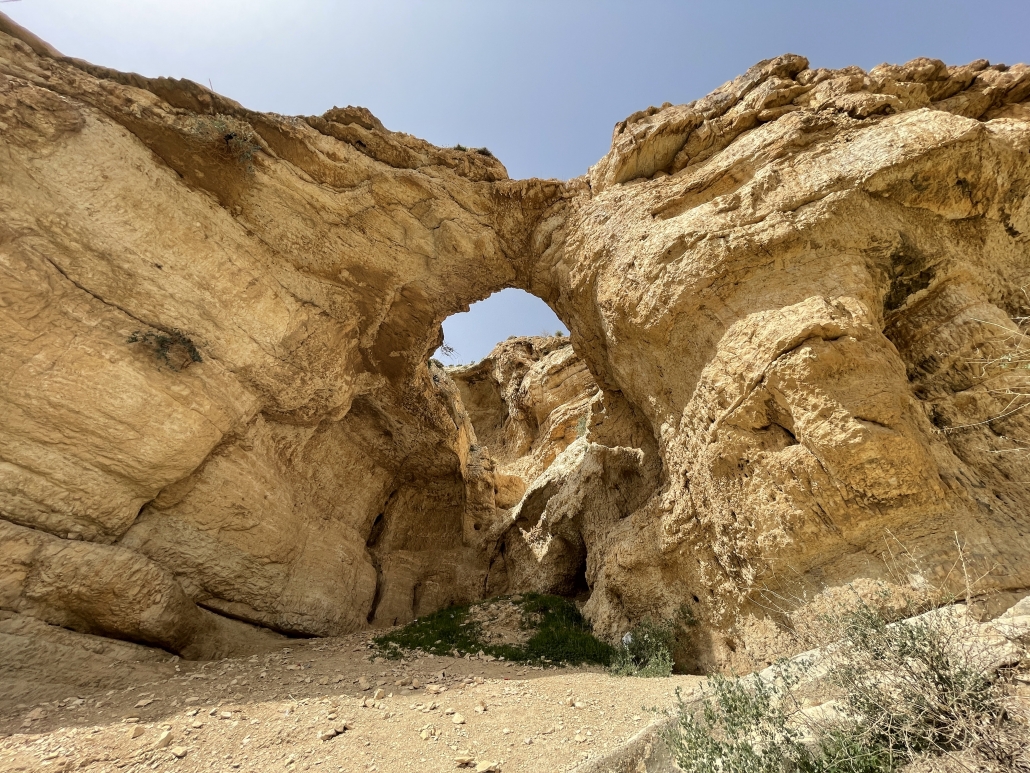 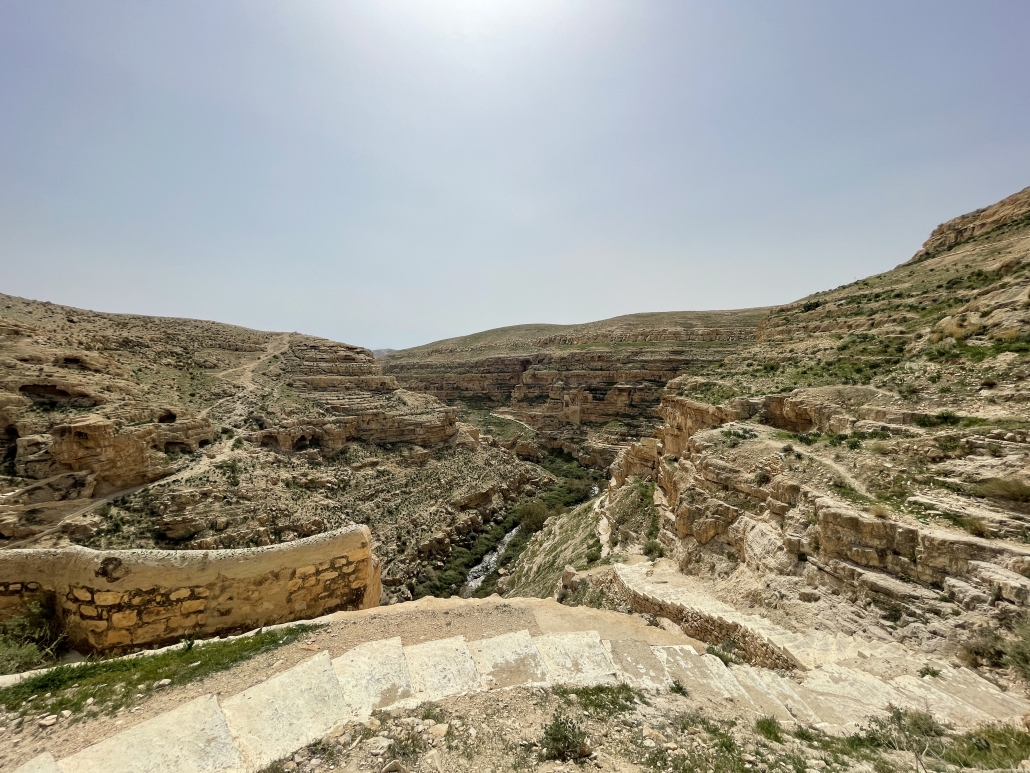 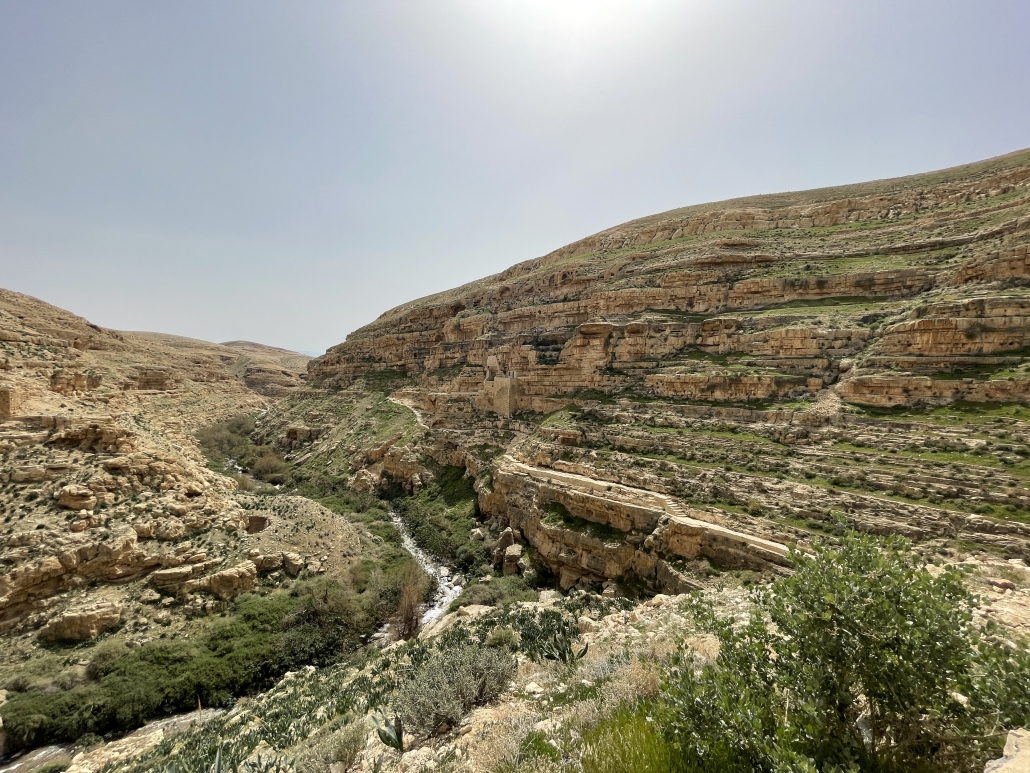 The Kidron ends at the Dead Sea.  The photos below are not specifically taken from the Kidron – one was taken at Masada and the other at En Gedi – and I will offer posts on each of those at some point as well. 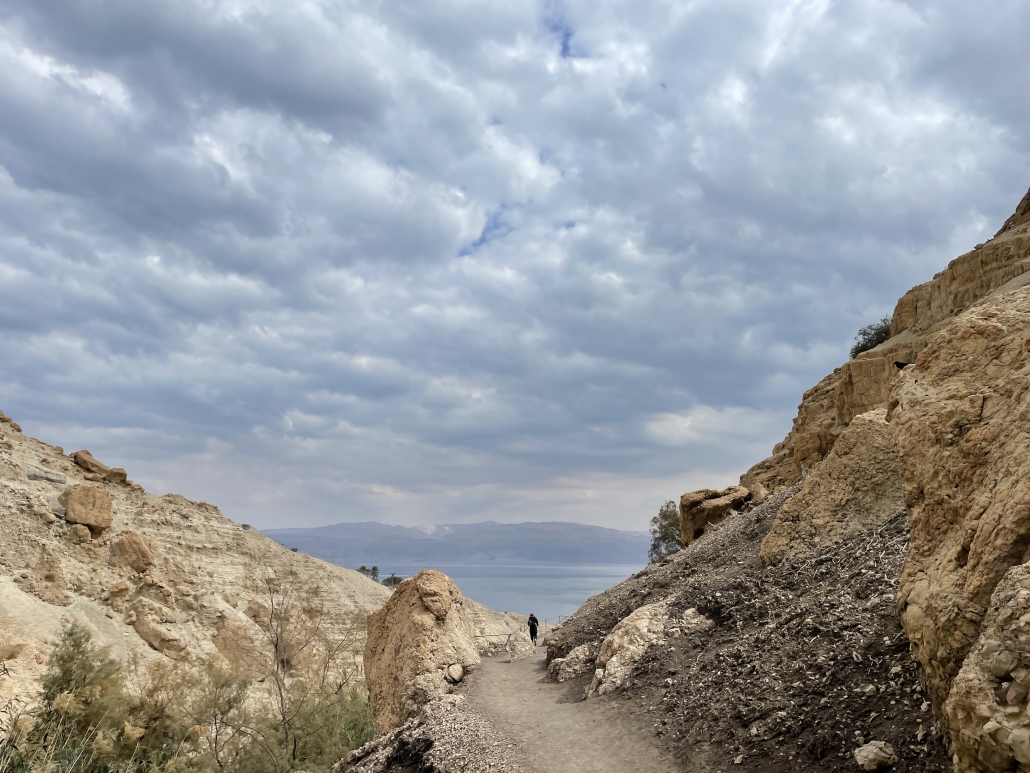 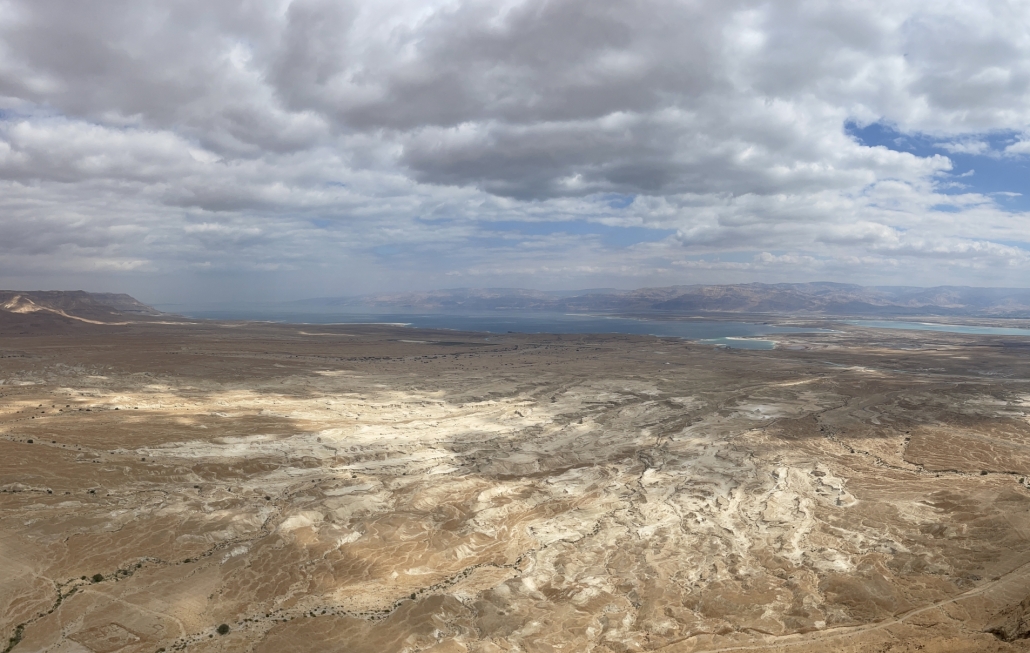 Stay tuned for upcoming posts that explore sites on the Kidron!  The next one will be on Mar Saba.