The photos below are from my trip to Israel this Spring, 2022.  Today I present a few highlights from Megiddo (also called Armageddon = Har Megedon = Mountain of Megiddo).  The name Armageddon which appears in the Revelation to Saint John the Divine indicates that the “battle to end all battles” would take place on this highway where countless battles had taken place.  Why so many battles?  Well, Megiddo overlooks the Via Mara (Way of the Sea) which was and still is a major highway running between Egypt and the east.  Megiddo was a very strategically and important city along this road from before 3000BC until about 700BC. If you controlled Megiddo… you controlled the trade route and the taxes.

The first photo show a model of the site which was a flattened and fortified hill or “tel” that sat above the major highway known as Via Mara. 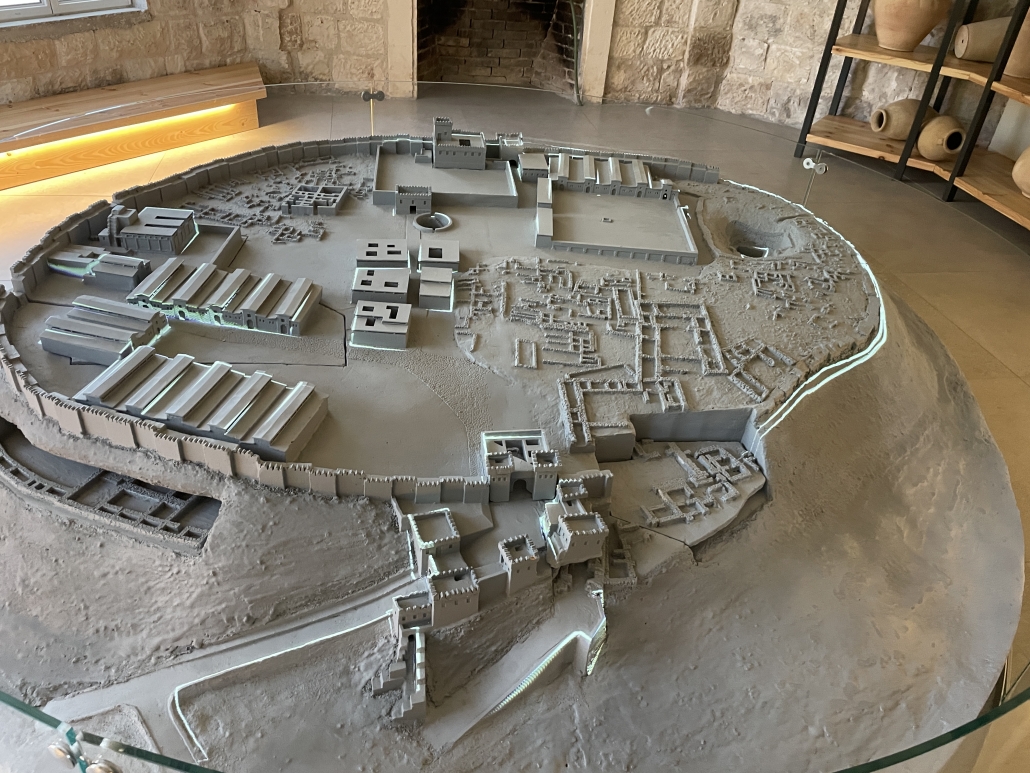 The next two photos show the round stone altar in the heart of Megiddo which dates from approximately 2500BC. You can see the size of the altar if you look closely and note that there is a staircase on the right edge which leads in/up to the top. I assume – but do not know – that a wide variety of sacrifices were offered on this altar.  The Hebrew Scriptures note that the inhabitants of the land (and some of the bad kings) occasionally dabbled in human sacrifice. Its somewhat terrifying to think that sort of thing might have gone on on this altar and presumably would have been visible from below and above for those watching. 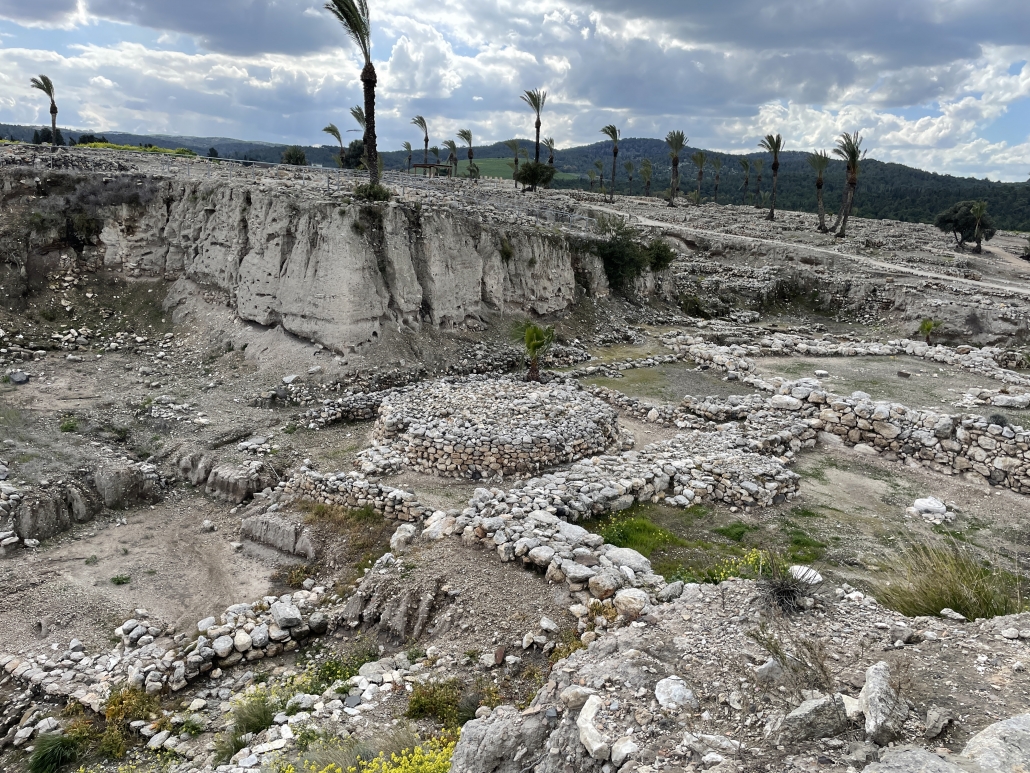 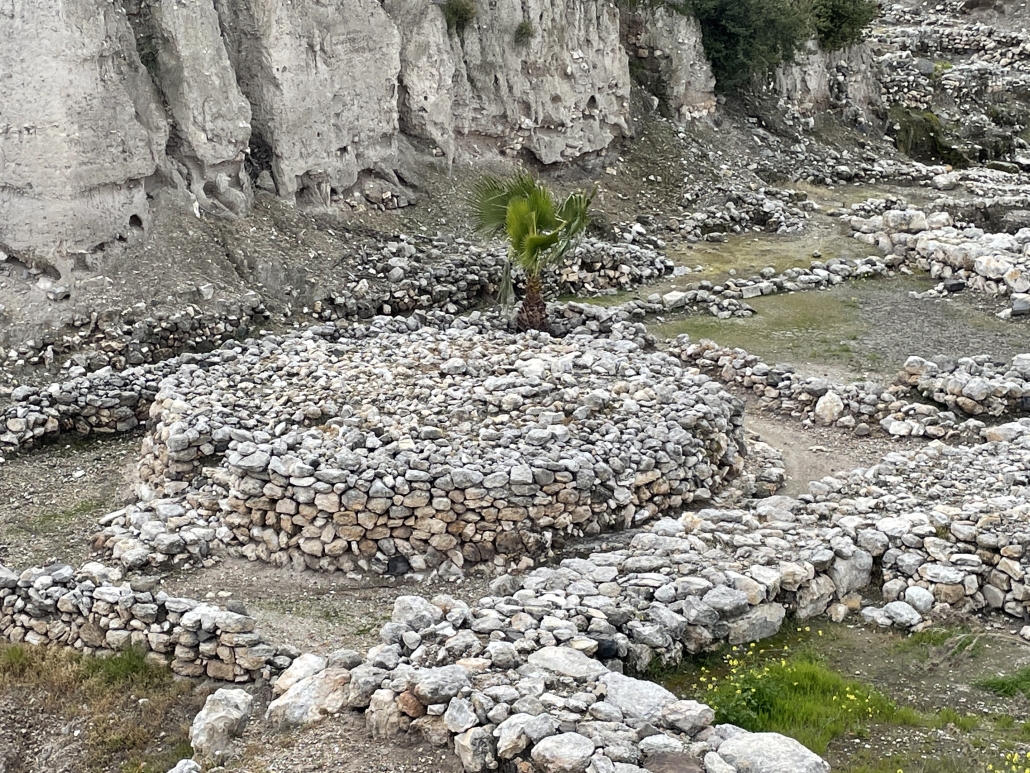 The next two photos from Megiddo show the famous “Solomon’s Stables” that are in several area on Megiddo.  They were dubbed as such by the first excavators in part based on a desire to find the legendary stables of Solomon – I mean who wouldn’t want to find that – and the list of booty from the Battle of Megiddo in 1468BC which noted that over 2000 horses were looted when Megiddo was sacked.  Scholars today tend to think the “Stables” may actually have been storage rooms – but honestly, who knows. 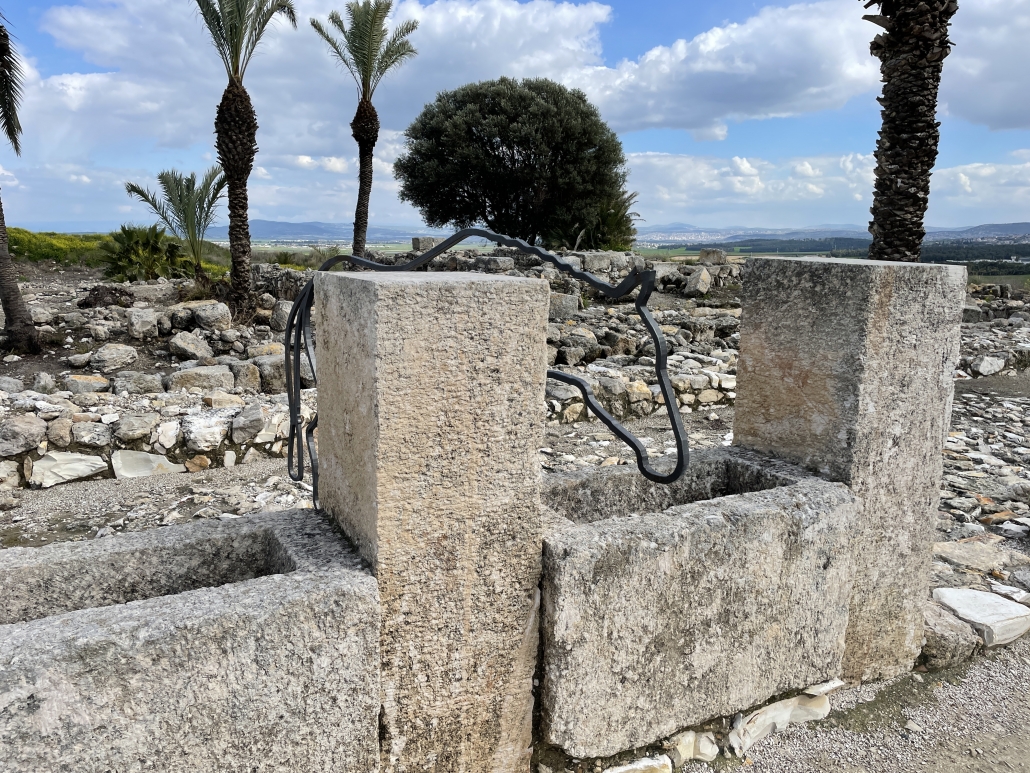 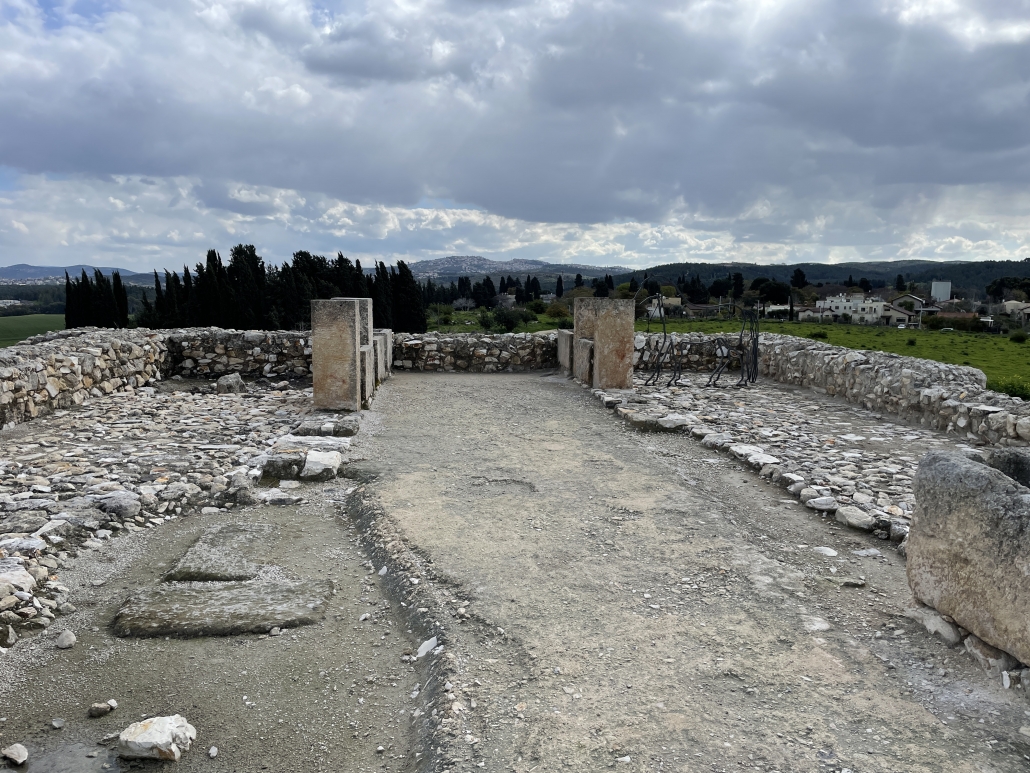 The next two photos show the absolutely massive granary in the middle of Megiddo.  Made of stone, with stairs going down deep into the ground, it (like the storage rooms) likely enabled the town to survive famines and sieges. 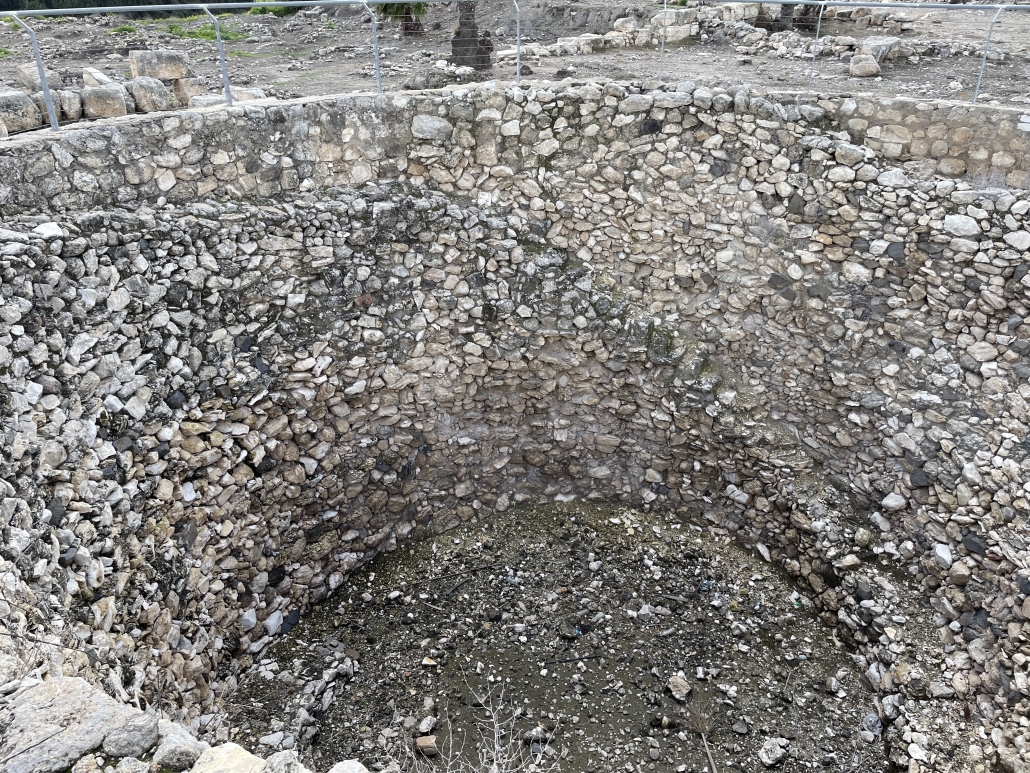 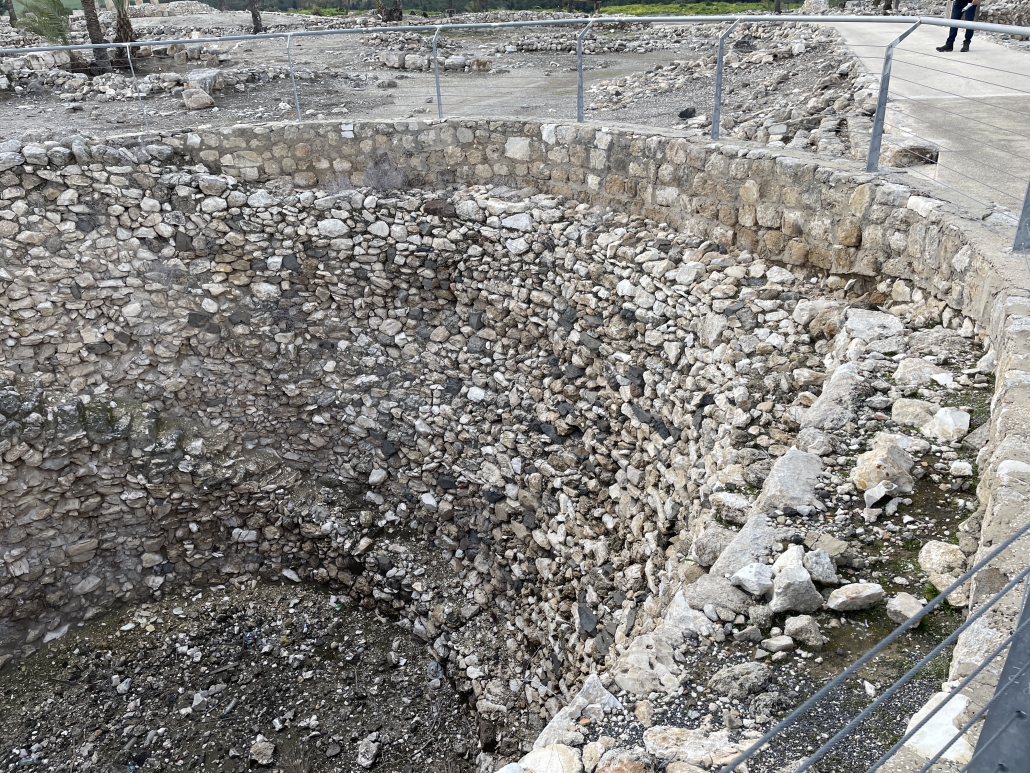 Lastly, I have a two photos of the “Cistern of Ahab” which is a marvel of engineering and tunnelling and enabled the town to remain fortified and still access water from the massive cistern outside. Scholars things it is likely that the Cistern was built either by Omri or Ahab. 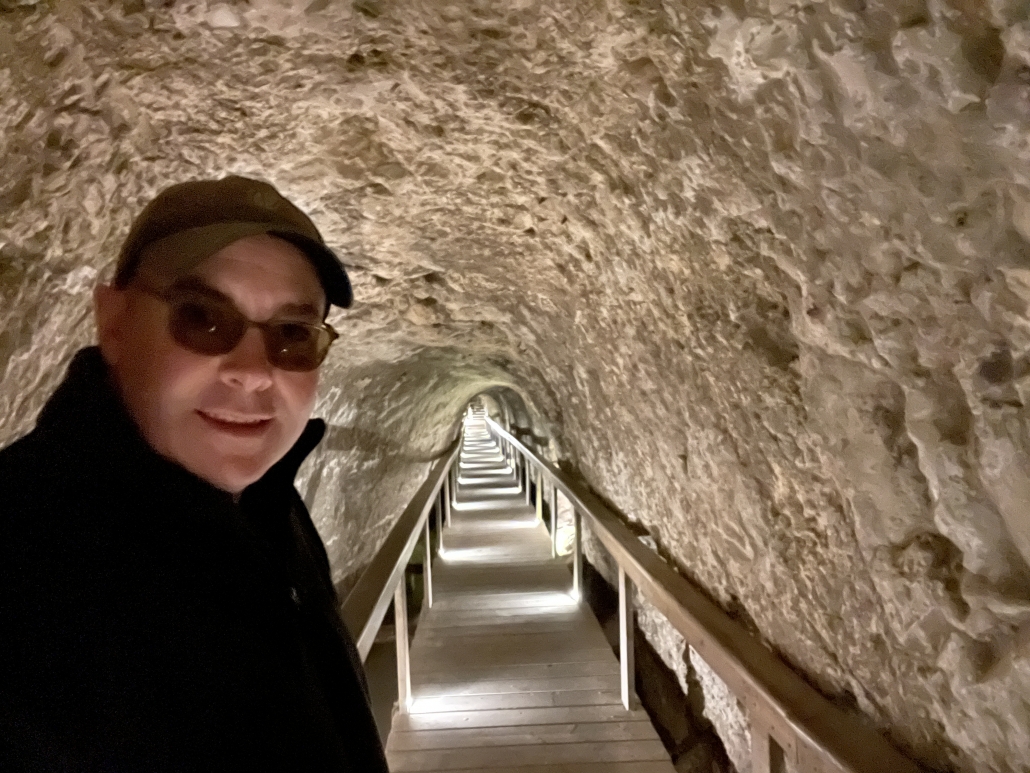 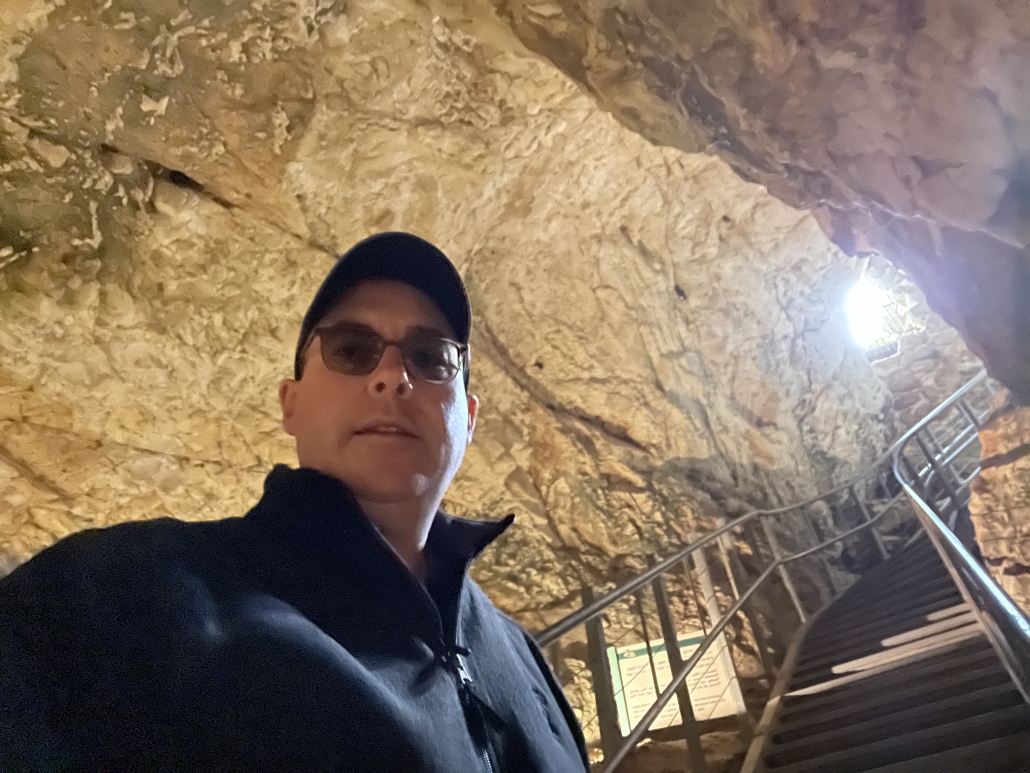 The final photos show the view of the Via Mara from Megiddo (Mount Tabor is in the background). If you go tour Facebook page you can see the panoramic shot which I wasn’t able to upload to WordPress. 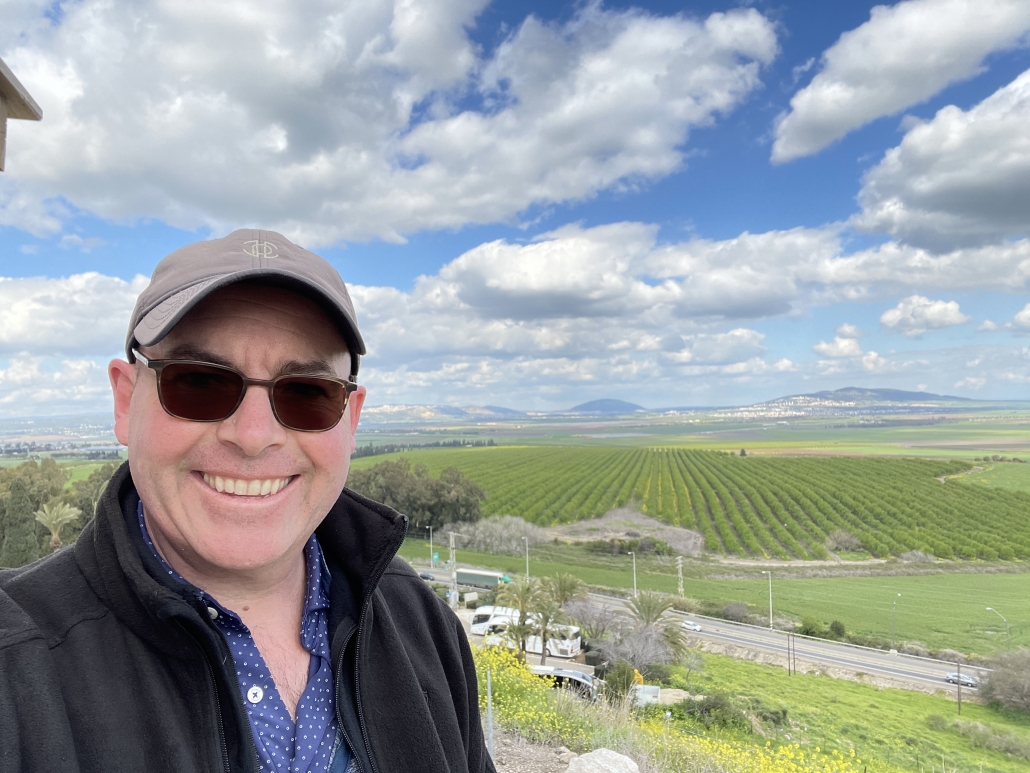 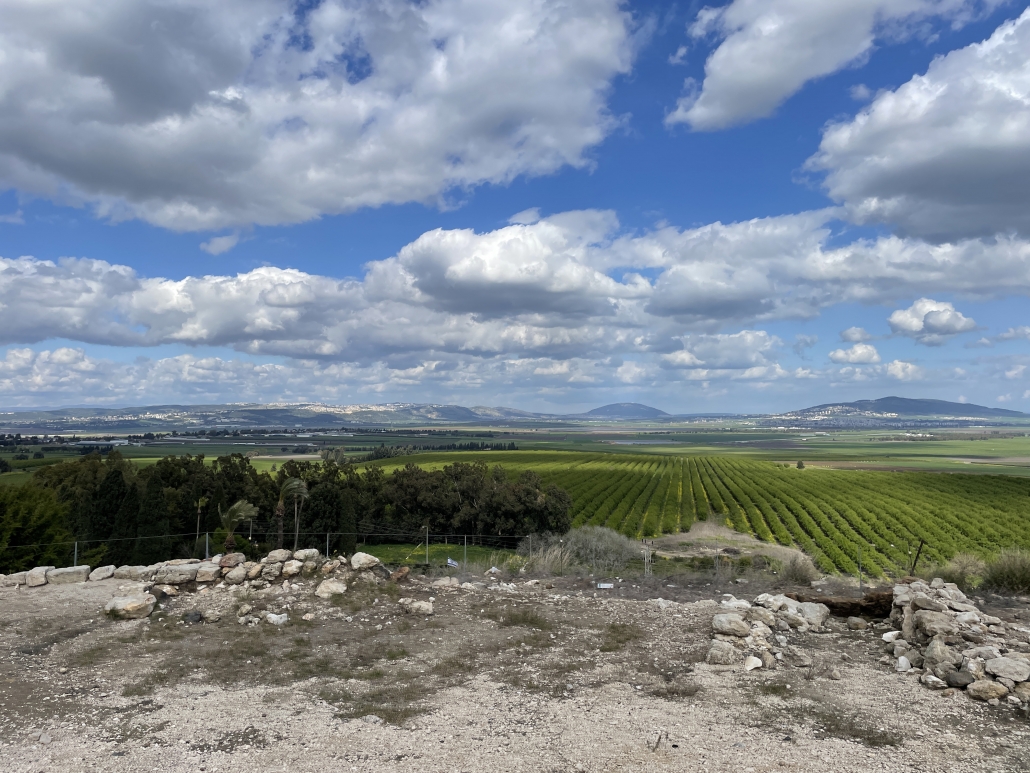 If you are in the Holy Land… Megiddo is worth the trip.  Below are some of the videos I took at Megiddo.