Thank you for visiting. You can order your tickets for our upcoming concerts here.

Rocky Middleton Ensemble Jazz Concert
September 29, 2019 at 4 pm, $40
THIS EVENT IS PAST – NO MORE TICKETS AVAILABLE

Concert Pianist Jason Andrews in recital
November 17, 2019 at 4 pm, $30*
~ Remembrances, Impressions, Romances, and Dances ~
THIS EVENT IS PAST – NO MORE TICKETS AVAILABLE

A Festival of Lessons and Christmas Carols
and blessing of the Jack Hennigan Memorial Organ
December 8, 2019 at 5 pm,
Free (an offering will be collected)
THIS EVENT IS PAST

Kelly Hall-Tompkins is a violin soloist who has been acclaimed by the New York Times as “the versatile violinist who makes the music come alive,” and for her “tonal mastery” (BBC Music Magazine) She has appeared as co-soloist in Carnegie Hall with Glenn Dicterow and conductor Leonard Slatkin, as soloist in London at Queen Elizabeth Hall, at Lincoln Center and with the Symphony Orchestras of Dallas, Jacksonville, Oakland, and has given recitals in Paris, New York, Toronto, Washington, and Chicago, and in numerous international festivals, including Tanglewood, Ravinia, Santa Fe, and throughout Europe.

She was “Fiddler”/Violin Soloist of the recent Grammy/Tony-nominated Broadway production of Bock & Harnick’s Fiddler on the Roof and developed the first ever Fiddler solo disc, “The Fiddler Expanding Tradition,” which is featured in the documentary “Fiddler: A Miracle of Miracles”. Recently honored as the New York Times “New Yorker of the Year,” she is also a winner of the Naumburg International Violin Competition and is featured in the Smithsonian Museum for African-American History.

Ms. Hall-Tompkins is a pioneer of social justice in classical music, bringing top artists in over 100 concerts in homeless shelters from New York to Los Angeles and in Paris, France as the founder of Music Kitchen-Food for the Soul.
THIS EVENT IS PAST – NO MORE TICKETS AVAILABLE 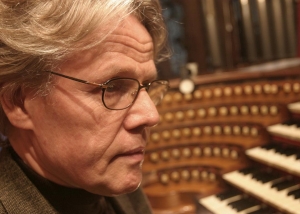 The acclaimed organist of the historic St. Sulpice Church in Paris plays the dedicatory recital for the Jack Hennigan Memorial organ, Juget-Sinclair, Op. 51.

Renowned for his brilliant interpretations of organ literature and for his thrilling improvisations which are regularly included in his concert programs, Daniel Roth has been widely acclaimed as one of the leading French organ virtuosos, and has held several prestigious positions as an artist and teacher.
At the Paris Conservatory, his teachers included Marie-Claire Alain and Maurice Duruflé. At age twenty he made his debut at the organ of the Basilique du Sacré Coeur in Paris, as assistant to his teacher Madame Falcinelli. He later succeeded her as Titular Organist, a post he held until 1985 when he was appointed Titular Organist at St. Sulpice, the famous Paris church where his predecessors were Charles-Marie Widor, Marcel Dupré, and Jean-Jacques Grunenwald.

Daniel Roth has won several competitions, among them the Grand Prix de Chartres in 1971 for both interpretation
and improvisation. From 1974 to 1976 Daniel Roth held the position of Artist-in-Residenc of the National Shrine of the Immaculate Conception in Washington, DC. Upon his return to France, he resumed his teaching position at the Conservatory of Marseille, which he held until 1979 when he was appointed to the Conservatory of Strasbourg, a post he filled for nine years. From 1988 until the summer of 1995, Mr. Roth taught at the Musikhochshule in Saarbrücken; he then served as Professor of Organ at the Musikhochschule in Frankfurt am Main, succeeding Edgar Krapp and Helmut Walcha, until his retirement in 2007.

Daniel Roth has concertized extensively throughout Europe, Great Britain, The United States, Scandinavia, Japan and Korea and has been a featured guest artist for various conventions, among them the Third International Congress of Organists (Washington DC and Philadelphia), the national convention of the Royal Canadian College of Organists (Montreal) and the national convention of The American Guild of Organists. He has also served as visiting artist/
instructor at Yale University, where he gave private lessons, presented a lecture and performed a recital at Woolsey Hall. Mr. Roth has earned the Chevalier de la Légion d’Honneur, Officier des Arts et Letters, and he was named an Honorary Fellow of the Royal College of Organists.
In July 2006 he was awarded the “Europäische Kirchenmusik” prize by the Europäische Kirchenmusik Festival in Schwäbisch-Gmünd, Germany, joining other noteworthy recipients of this prize like Krystof Penderecki, Arvo Pärt, and Petr Eben. In 2015 he received the International Performer of the Year Award from the New York City Chapter of The American Guild of Organists in recognition of his extraordinary achievements and unparalleled career in organ music, church music, concert performance and recording.

A prolific composer as well as performer, Mr. Roth has written works for organ solo, flute and organ, choir and organ, orchestra, and for piano, organ and orchestra, commissioned by around the world. His Triptyque for Piano, Organ and Orchestra received its world premiere on April 18, 2010 during the dedication of the new Metzler organ at the Church of Saint Anne in Düren, Germany (near Köln).

WE ARE NO LONGER ACCEPTING TICKET ORDERS ONLINE FOR THIS EVENT. WE ARE AT CAPACITY. A FEW SEATS REMAIN AVAILABLE AT THE BOX OFFICE BEFORE THE PERFORMANCE ON A FIRST COME – FIRST SERVED BASIS.

Andrew Kemp, trumpet
& Jeffrey Hoffman, organ in concert
April 19, 2020 at 4 pm, $30*
~ program TBA ~
Jeffrey Hoffman and Andrew Kemp have been friends since their conservatory days at Manhattan School of Music. This concert marks their first collaboration together. 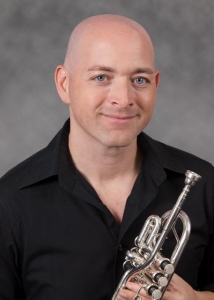 Andrew Kemp returned to New York City in 2015 after ten years in Florida as principal trumpet for the Sarasota Opera Orchestra and co-principal trumpet of the Sarasota Orchestra. Active in the NYC freelance scene, he has performed with the New York Philharmonic, American Ballet Theatre, and the American Symphony Orchestra, the Israel Philharmonic, Radio City Christmas Show, Broadway shows, and Live from Lincoln Center, as well as Live from Madison Square Garden for Pope Francis’ 2015 NYC Mass. He has collaborated with many contemporary ensembles, having recorded albums with the Pittsburgh New Music Ensemble, John Zorn and The American Brass Quintet. He recently recorded Air Glow, by Du Yun and the International Contemporary Ensemble, which was nominated for Best Contemporary Classical piece at the 2019 Grammy Awards. He has also performed with jazz artists Wynton Marsalis, Arturo Sandoval, and Harry Connick Jr, among others. 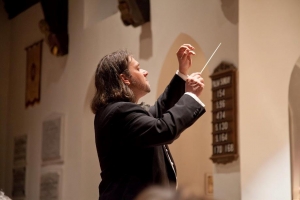 Jeffrey Hoffman has served as organist & choirmaster at Christ Church since 2007. Prior to his tenure at Christ Church, Jeffrey was organist & choirmaster for St. Alban’s Episcopal Church on Staten Island, where he founded the Music at St. Alban’s concert series as a response to September
11, 2001 and brought exceptional international performers to Staten Island’s South Shore.

Mentored by Robert J. Powell at Christ Church in Greenville, South Carolina, he has served several parishes around the New York City metropolitan area since 1991, including as associate organist for St. Francis of Assisi Church and assistant organist to Charles Callahan at Holy Family Church, both in Manhattan. He is an award-winning composer of art songs, chamber music, symphonic music, musical theater and film scores, and the founding conductor of Sinfonia Celestis, which he has led through numerous performances of music for chamber orchestra, soloists, and choir, including Mozart’s Clarinet Concerto, K. 622 (with clarinetist Igor Begelman) and Exsultate Jubilate, K. 165 (with Metropolitan Opera soprano Tonna Miller), several Haydn masses, Handel’s Messiah, and Benjamin Britten’s St. Nicolas, Op. 42, among others.
He has worked as a musical director and assistant musical director for Gateway Playhouse and Barrington Stage Company, and has been a member of the musical theater faculty of USDAN Center for the Arts/USDAN Summer Camp for the Arts on Long Island since 2011. 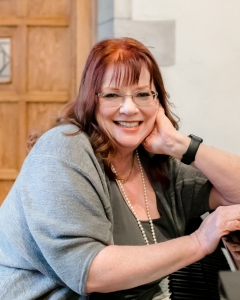 Leonard Bernstein’s Chichester Psalms were commissioned by the Dean of Chichester Cathedral in England, Walter Hussey, for the 1965 Southern Cathedrals Festival. Three movements with texts selected by the composer and sung in the original Hebrew, the work has become a classic of American concert music, combining a strong Jewish liturgical sensibility with, as Hussey hoped for in his commission letter “a hint of West Side Story about the music.”

Dan Forrest’s Jubilate Deo is an 8-movement choral setting of Psalm 100, which was commissioned by Henry Leck and the Indianapolis Children’s Choir and premiered in the spring of 2016. Forrest’s setting is a global work incorporating world instruments with pipe organ and standard orchestral and percussion instruments. In just a few years’ time, it has become a popular contemporary choral piece performed around the world.

Purchase a season subscription and save approximately 10% over the entire series!

Ticket sales only cover a portion of the costs involved in producing these concerts. Concerts at Christ Church relies on the generosity of our contributors to continue making these affordable concerts available to the Pelham Community. To make a donation in support of Concerts at Christ Church, please mail a check to Concerts at Christ Church, 1415 Pelhamdale Avenue, Pelham, NY 10803, or use the convenient Paypal button below to make your donation online. Contributions at the following levels are listed in each of our concert programs (please let us know if you prefer that your contribution be listed anonymously): Cherubim ($1000+), Archangels($500-$999), Angels ($250-499), Friends ($100-$249)

Concerts at Christ Church is led by Jeffrey Hoffman our Music Director, and he is assisted by our Concert Committee who helps plan and organize every concert, including advertising, ticketing, and hospitality.  If you are interested in joining the Concert Committee, if you’d like to be considered for a concert on a future series, or if you are interested in using our space for a musical performance, please contact Jeffrey Hoffman.

Christ Church is blessed with a deep bench of musicians.  Are you interested in taking part in our Music Ministry?